TypedPaths is a Windows Registry key that records the last 25 paths typed or inserted into the path bar of File Explorer (previously known as Windows Explorer). The typed paths, however, do not appear instantly within the TypedPaths key. The user has to close the File Explorer window for the typed paths to be committed to the registry key.

If a user has two File Explorer windows open simultaneously, these two windows will initially start with the same copy of the registry key and display the same entries that were typed earlier. However, the two windows are independent from each other. Thus, if the user typed a new path into one of the windows, this path will not appear in the history of the other opened window.


Full paths typed or inserted in File Explorer are stored at: NTUSER.DAT\Software\Microsoft\Windows\CurrentVersion\Explorer\TypedPaths


This section discusses how to use ArtiFast Windows to analyze Typed Paths artifact from Windows machines and what kind of digital forensics insight we can gain from the artifact.

After you have created your case and added evidence for the investigation, at the Artifacts Selection phase, you can select Typed Paths Artifact: 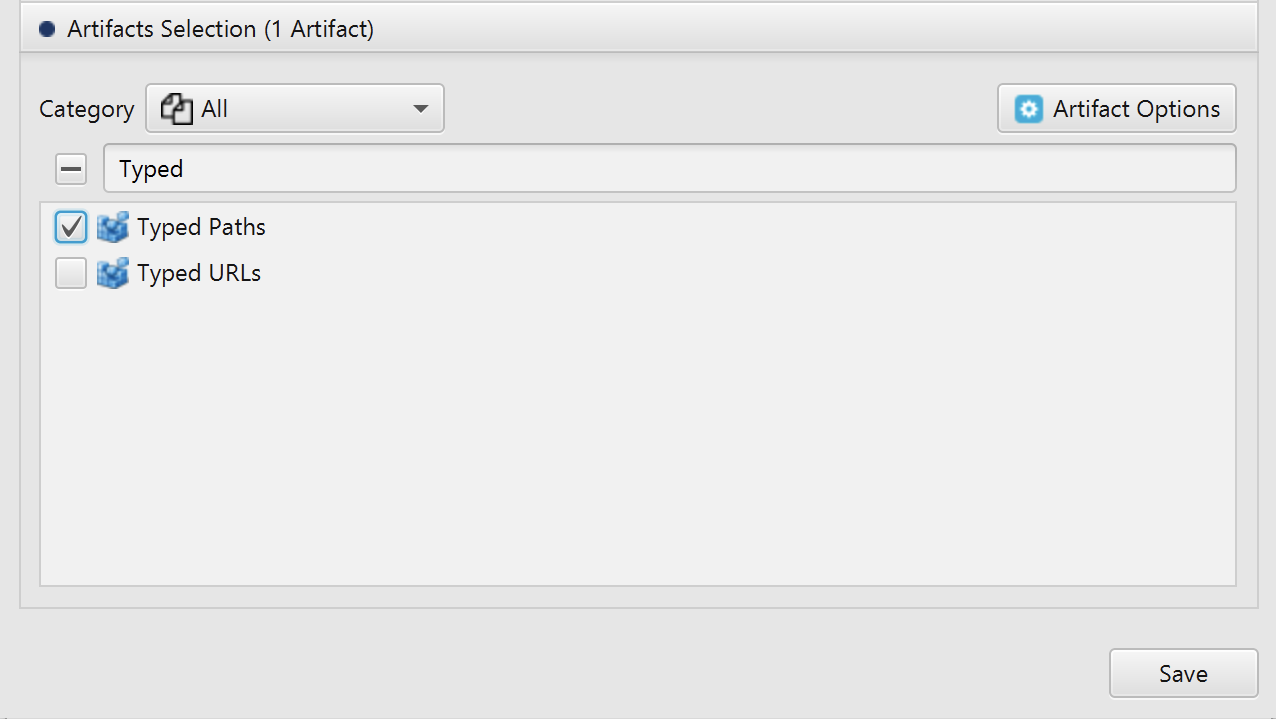 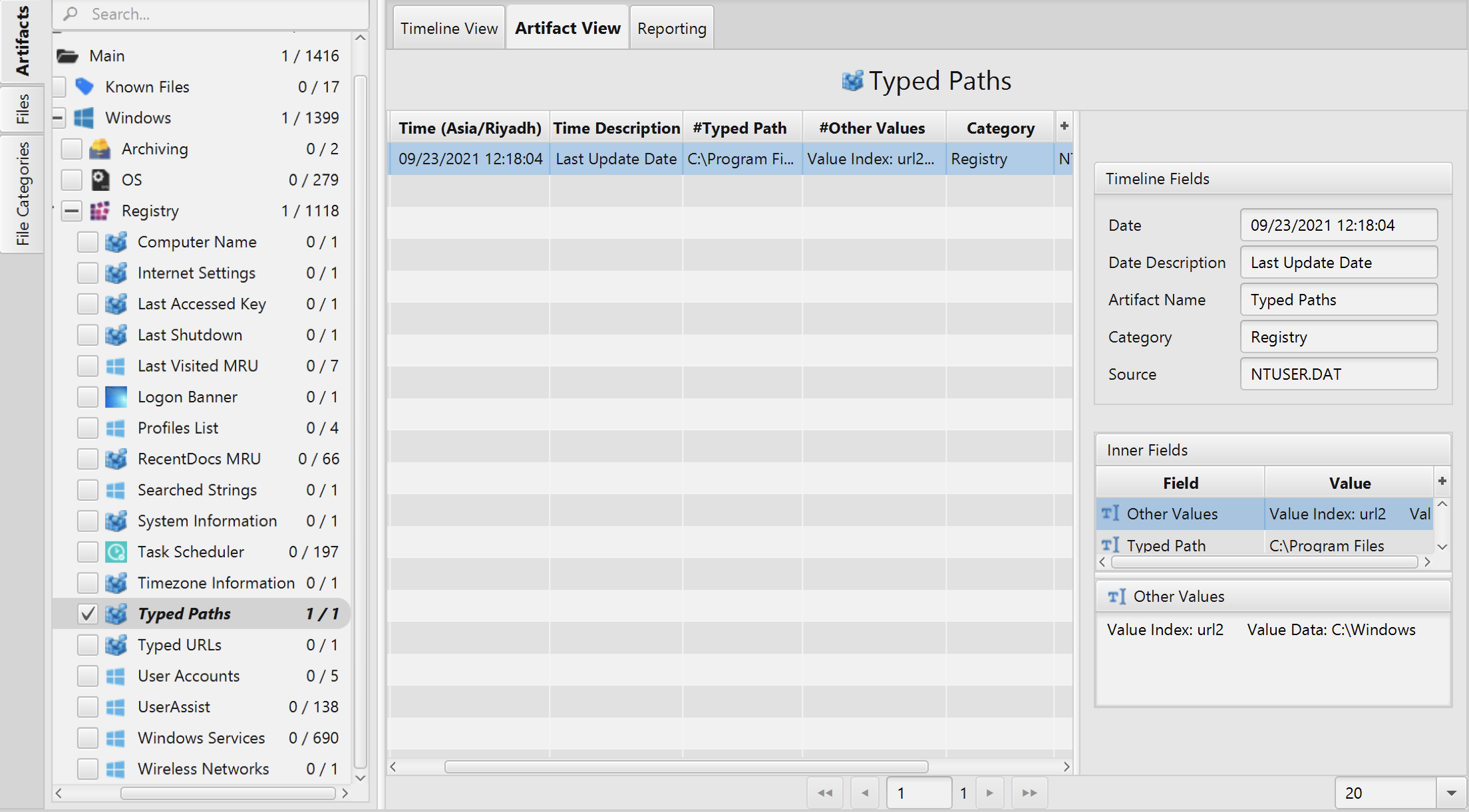 Once ArtiFast parser plugins complete processing artifacts for analysis, it can be reviewed via “Artifact View” or “Timeline View”, with indexing, filtering, and searching capabilities. Below is a detailed description of Typed Paths artifact in ArtiFast Windows.

This artifact contains the full path typed in File Explorer. The details you can view include: